What do we want from the utility of the future?

For more than 100 years, the electric utility business model has looked the same – one private, centralized source providing all of its customers’ energy needs.

But now this model is on the verge of changing or, more accurately, evolving. A combination of new technologies and shifting societal behaviors are altering the way we use the grid. For starters, energy customers now have more options to manage their energy costs. Online tools and cell phone apps can measure and control usage in real time. Consumers also have more control over where their electricity comes from, with some opting for rooftop solar photovoltaics.

Distributed Energy Resources (DERs) technologies – including demand response, energy efficiency and storage, electric vehicles, microgrids and distributed generation from multiple sources – are being used in combination, and are already forming the first real alternative to getting all of one’s electrical energy and services from a single utility.

DERs are essentially turning energy consumers into prosumers, individuals taking an active role as both producers and consumers of energy. Of course this doesn’t mean energy utilities will go away completely — the need for larger scale generation, distribution, and transmission isn’t going to disappear any time soon. It does mean, however, that the energy world is going to get much more complex. In other words, this will not be your parents’ energy world.

Major technological and societal changes like this one are often bumpy in the transition. Frankly, some energy users can’t wait to play a more active role in these changes while others are happy with the status quo. How we allow for both types of users to coexist will be a public policy and regulatory matter sooner rather than later. In fact, in states such as New York and California, regulators, businesses, and citizens are already seriously engaged in future grid and future utility business model discussions.

In the spirit of planning for the grid’s evolution, Wisconsin Energy Institute researchers Tom Jahns and Bob Lasseter, along with Bruce Beihoff and myself, developed a white paper on how a Dynamic Distribution System (DDS) could take over the utilities’ role in tracking loads and smoothing intermittent renewable energy generation.

We further developed this new distribution system model in a paper submitted to a Solar Electric Power Association (SEPA) project called “51st State”, a hypothetical U.S. state where the energy system could be designed from step one. You can read all the SEPA projects submitted here and learn more about these new energy business model design ideas at two upcoming SEPA Webinairs on August 27 and September 3.

Envisioning and creating a utility model better for us all won’t be easy, of course. But these SEPA projects – and the staggering amount of expertise and effort that went into developing them – demonstrate that we’re already under way. 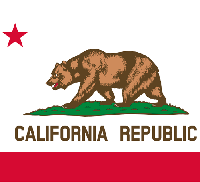 California has an aggressive policy of achieving 33% of the state energy from renewable sources by 2020. The policy includes utility mandates to integrate energy storage and more DERs so utilities and regulators can seriously look at how they must evolve their energy business models. “Toward A 21st Century Electricity System in California” by the Advanced Energy Economy (AEE) Institute, is a report from a diverse working group that includes California’s investor owned utilities (IOUs) and other stakeholders with the bold goal of creating a vision of the grid in 2030. Providing a valuable framing of topics, this report  acknowledges the need for adaptive steps toward new electric utility models as new and future technology advances. Other states could start here in shaping their own plans in this area. 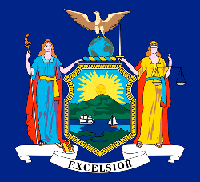 The state of New York has been engaged for several years in a planning process launched initially by Gov. Cuomo and its Public Service Commission called Reforming the Energy Vision (NY-REV). “Staff White Paper on Ratemaking and Business Models” takes a deep dive into the nitty-gritty details of designing a much more distributed energy system in the Empire State. The 134-page document shows an advanced set of thinking on how to organize this new distributed energy market with utilities still playing a central role in the distribution system. For example, outcome-based or performance-based rate-setting allows for a utility to be rewarded for achieving state policy goals through implementation of DERs or energy efficiency steps under the performance-based rate designs. New York is definitely breaking new ground and merits close watching for next steps. 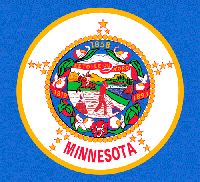 With its E21 Initiative, Minnesota has been leading the Midwest in its thinking about the utility of the future. Minnesota is using E21 as the first step in a longer-term planning exercise for potential changes in the energy market. Its goal is to examine alterations to the regulatory landscape in order to address new energy technologies. In December 2014, the working group put out a Phase 1 report establishing a framework for future steps.