Cities could reap huge benefits from next generation transportation vehicles 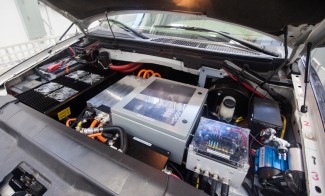 Electric vehicles (EV) and other next generation transportation technologies have an important role to play in transitioning the U.S. to a clean energy economy. EVs have been shown to reduce oil use and reduce greenhouse gas emissions by an average of 58%, a percentage that could climb even higher as the electric grid moves away from carbon energy generation. And while the U.S. is still very much in the early stages of EV use, the transportation sector is in fact showing signs of fundamental change. Consider the following:

In addition, a new report from Bloomberg New Energy Finance and McKinsey and Company trains its focus on the potential impact of three different trajectories for next generation vehicle use on urban areas worldwide: 1) a “clean and shared” route forward, in which a city both shifts to cleaner transport in the form of EVs and limits private car ownership; 2) a trajectory largely characterized by embracing self-driving and electric vehicles; and 3) a more radical trajectory characterized by self-driving, shared vehicles, and a high-quality system of public transit, and in which EVs are common.

Noting that urban areas will likely to lead in adopting one of these three paths forward, the report also predicts that urban areas will see the greatest environmental benefit from the transition to next generation mobility. Specifically, the report models the cumulative societal benefits stemming from the three types of models over a 15-year period, and finds that densely populated cities could see $30 billion to $45 billion in societal gains. Amounting to an estimated $7,400 per person, these benefits include saved time, reduced congestion, and improved air quality.

The report also underscores the way in which these benefits will vary by region, municipality, or even community. In U.S. city markets, for example, Uber and Lyft are stoking a demand for shared vehicle use, but some of the greatest demand is projected for large emerging economy cities such as Mumbai, Delhi, and Mexico City. Densely populated cities with higher income populations such as London and Singapore could also reach EV market penetration rates of 60 percent by 2030.

But what will it take to make these numbers, and the societal and environmental benefits, a reality, and what’s being done about it?

Key factors are improving EV battery technology and bringing down the price of the vehicles. In the U.S. the DOE is funding a variety of battery research and this work has already allowed the second-generation of Chevy Volt battery capacity to be improved by 15%. The DOE’s 2016 update report also states that multiple U.S. automakers have plans for delivering 200-mile-range EVs for less than $40,000 as early at 2017. Indicative of the technology improvements in this space are the drop in prices of lithium-ion battery packs, which fell in price by 65% percent from 2010 to 2015. Public-private battery research partnerships are also projected to drive down prices and increase deployment.

EV charging infrastructure is also an important component of making these projections a reality. Currently, there are more than 35,000 public and private EV charging outlets in the U.S., including over 4,000 DC fast charges, which allow drivers to charge up to 100 miles in as little as 20 minutes. The DOE currently has programs to increase workplace EV charging, something which has been shown to boost consumer confidence in EVs. In fact, EV owners with access to workplace charging drive 23-26% more electric-power miles than those without workplace chargers.

The autonomous, or self-driving, vehicle market has drawn much interest from investors, and a variety of technology vendors are researching related hardware and software products. The current trajectory indicates auto manufacturers will be able to mass market fully self-driving vehicles by the mid-2020s. Consumer confidence in this technology will be the key to success. Early market research shows that Baby-Boomers remain apprehensive about the autonomous vehicle, despite its remarkable efficiencies on the road.

What’s certain is that the future of next generation transportation – in all of its forms – will very likely help de-centralize our energy system. The hope is that it will also provide city-dwellers across the world with mobility characterized by new levels of efficiency and flexibility.

What about fuel efficiency? 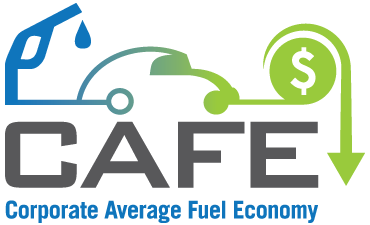 Far less glamorous than the potential for self-driving cars is the U.S.’s standard policies for automotive fuel efficiency, and yet it’s policy that has and will once again lower our dependency on carbon-based oil consumption. Improving fuel efficiency in the automotive sector dates back to 1975 when the first corporate average fuel economy (CAFE) standard was implemented. Record high oil prices pushed Congress in 2007 to finally change the CAFE standards, putting in place fuel efficiency goals for cars, trucks, and SUVs of 35 miles per gallons (mpg) and giving the automotive industry until 2020 to meet the requirement.

The Obama Administration has also pursued a variety of vehicle fuel efficiency and tailpipe emission standards over its eight-year term. Earlier this year a technical assessment report done by the EPA, U.S. Department of Transportation, and the California Air Resources Board found that fuel efficiency technologies were entering into the market faster than the administration expected with a projected 10 percent of 2015 vehicles on course to meet fuel efficiency targets 5 or more years ahead of schedule (goal is 2025).

While these fuel efficiency steps are important in the efforts to reduce greenhouse gases, the recent record low in gasoline prices has been a counter force, resulting in a four-year trend of increasing gasoline consumption. The U.S. average retail price for gasoline was $2.24 per gallon in August of 2016, the lowest price for a Labor Day weekend in 12 years. Not surprisingly low prices increase consumption and last August Americans used 9.7 millions of gasoline per day – a record amount. It’s hard to believe that in 2008 gasoline prices were above $4.00 per gallon and crude oil prices were above $140/barrel.

These recent low gas prices and usage trends serve as a reminder of the importance of the CAFE standards as well as a sustained push for advanced biofuels, electric vehicles, and “clean and shared” vehicles.