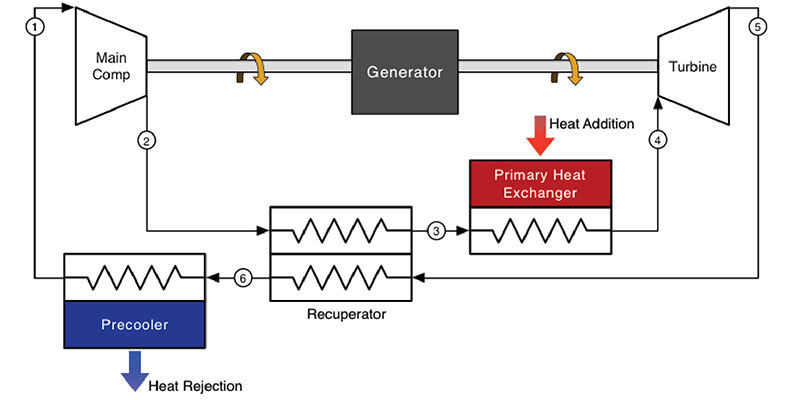 Capital costs and power generation efficiency are two major hurdles in reducing the cost of generating electricity. Traditional power plants generate electricity by combusting fuel to heat water into steam, which in turn drives a steam turbine that generates electricity.

The extraordinary properties of supercritical carbon dioxide – a fluid with qualities of both a liquid and a gas – make it an exciting prospect for replacing those steam turbines. UW–Madison professor Mark Anderson is doing research that will aid in developing large-scale supercritical CO2 advanced power systems and is currently working with industry in Wisconsin to start production of key components for the supercritical CO2 closed-cycle gas turbine.

Replacing a steam turbine system with a closed-cycle gas turbine using supercritical CO2 could increase power generation efficiency by 50 percent or more, resulting in a significant reduction in the cost of electricity. This technology could have significant impact on every power generation technology, including nuclear, natural gas, wind, and solar.