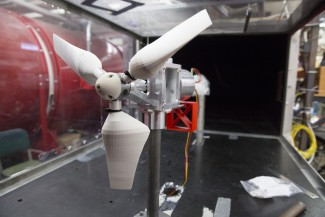 WiscWind is a student organization at the University of Wisconsin–Madison with ambitious goals: to design and build a wind turbine, create a business plan for a wind-based start-up company, and develop a plan to site a potential windfarm within a 100-mile radius of campus.

Judged by a panel of wind-industry experts in the U.S. Department of Energy’s Collegiate Wind Competition, WiscWind took first place in the 2018 competition’s Siting Challenge, besting university teams from across the country this May during the American Wind Energy Association WINDPOWER Conference and Exhibition.

“It was an honor to be selected as one of the twelve teams that competed at this year’s competition in Chicago,” says Scott Williams, research and education coordinator at the Wisconsin Energy Institute and lead advisor to the team. Williams says this was the second year in which UW–Madison’s team participated in the biennial event and third overall including a smaller Technical Challenge in 2017.

The contest had three components, making for an interdisciplinary WiscWind team: mechanical and electrical engineering students worked on the wind turbine prototype, while students from a range of other backgrounds, including economics, physics, and civil engineering, completed the business plan and windfarm siting components.

UW–Madison’s team impressed the judges not only with their choice of windfarm location from a power-generation perspective, but also with their efforts to study the potential environmental and community impacts of their choice.

Finding the right location to put a hypothetical 100-megawatt windfarm with around 40-50 industrial turbines is a complex task. Alex Wendricks, leader of the siting team, explained that there are far more factors than simply wind quality that come into play when deciding on the ideal location for a windfarm.

“If the site is too difficult to access with trucks and other heavy equipment because of insufficient infrastructure like roads or bridges, the costs of the project can dramatically increase,” says Wendricks. “It’s also best if the acreage is owned by one or just a few landowners, to minimize the number of people who may be impacted.”

Another challenge is the proximity of the wind farm to migratory bird flyways. Of the three locations the team selected as their top choices for potential siting, one, located in northeast Iowa, was too close to the Mississippi flyway, along which millions of birds pass annually on their north-south migrations. Concern about the possibility of avian collisions led to this site’s elimination from consideration.

The work we did was definitely rewarding, both in terms of the modeling and other technical skills gained, as well as leadership experience.

Ultimately, the WiscWind siting team settled on a location in Lafayette County, Wisconsin near the tiny town of Gratiot as their top choice.

To ensure that the Gratiot community’s concerns related to a potential wind development would be properly addressed, team members attended a zoning commission meeting with an actual wind developer present to answer questions and gauge the community’s interest in the project.

Williams believes the siting team’s responsiveness to potential community complaints stood out to the judges. In particular, he highlighted the team’s assessment of what is known as “shadowflicker.” Shadowflicker is the result of a low-hanging sun behind the turbines producing strobe-like shadows across the landscape.

“The students used software to create a map showing where the shadowflicker would occur, ensuring that it would affect as few homeowners as possible,” says Williams. “Where people were affected, they made sure to account for this by coming up with plans to shut off the turbines during times when shadowflicker was likely to be a problem, so it was a really comprehensive response.”

Williams also emphasized the outside-the-classroom experience that students gained through participation in WiscWind. “Getting that experience and working across disciplines with a team on a major project is something that they can point to when they talk to potential employers,” Williams said.

Wendricks echoed this sentiment. “The work we did was definitely rewarding, both in terms of the modeling and other technical skills gained, as well as leadership experience. Even if I don’t end up working in a renewable energy field, it was a really valuable experience.” 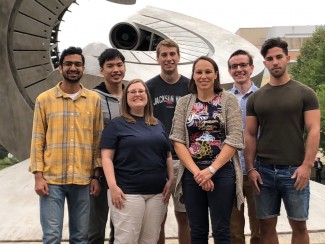 Engineering the flow with Jennifer Franck
May 03, 2022 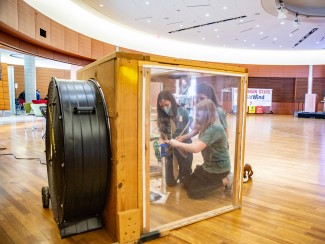 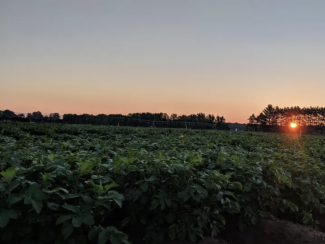 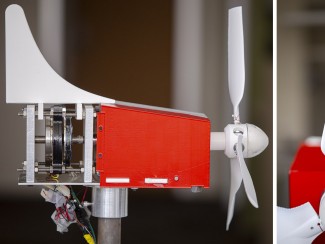 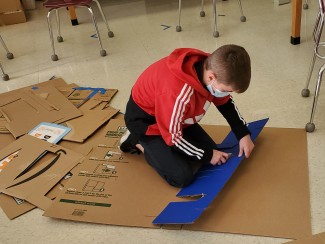 2021 KidWind challenge gusts ahead as a virtual competition
March 15, 2021