University of Wisconsin–Madison researchers have demonstrated a new process for transforming a plentiful Wisconsin waste into fatty acids, energy-rich molecules that can be used to make fuels and a wide range of important chemicals.

If you live in the Dairy State, where milk and cheese production is common, it will not surprise you that Wisconsin is home to a lot of cows—almost 3.5 million. And those cows produce a lot of manure. While it is chock full of minerals that can help fertilize crops, manure also contributes to greenhouse gas emissions and can lead to contamination of waterways from runoff.

Researchers at UW–Madison’s Wisconsin Energy Institute have published a new study on how to transform the solid leftovers of cow manure into versatile chemicals called medium chain fatty acids. These fatty acids are valued because they can be used to make biodiesel to power a car or into green jet fuels. The versatile building block of a chemical can also be converted into things like dyes, herbicides, and even medicine.

Civil and environmental engineering graduate student Abel T. Ingle, with a team of other scientists, has uncovered a process that untangles the complex mass of leftover cow manure solids into a sugary mix that happens to be palatable to a certain set of microorganisms. In turn, these microbes use their own metabolism to make the sugars into the medium chain fatty acids.

First, Ingle and the team had to find a way to break down these lumpy solids – and it turns out there’s a model for that. “The organic components of manure look a lot like plant matter,” says Ingle. “They’re very hard to deconstruct, so we need to be clever about how we break down the carbohydrates within that biomass into easily fermented sugars.”

Bioenergy researchers at the Great Lakes Bioenergy Research Center, based at UW–Madison, have looked for ways to do just that. While the starting material is different, there is a scientific precedent for converting tough-to-breakdown organic material into something valuable.

“The cell wall of plants contains large amounts of carbohydrates stored in polymers, including cellulose and hemicellulose,” says Daniel Noguera, UW–Madison distinguished professor of civil and environmental engineering, who led the study. “We employ chemical and biological processes to treat these polymers in bioenergy crops such as sorghum and switchgrass to turn them into easily fermented sugars. We can do the same to breakdown the same carbohydrates that end up in manure.”

While these “pretreatments” have evolved in the last decade, there is still a lot to learn about doing it for bovine waste. Ingle and the team tested a few methods to find out which one created the largest amount of palatable sugars. They arrived at a solution where they douse the solids in acid, then fire the mixture up just past 100 degrees Celsius.

Ingle says the method, called decrystallization dilute acid pretreatment, while unconventional, has been tested on manure in past research, so the team knew there was a good chance at success. “The novelty was feeding it to microorganisms,” he adds.

Ingle needed to find a community of microbes that could survive in a world of pretreated manure while spitting out these precious fatty acids. It turns out Madison Metropolitan Sewerage District's Nine Springs Wastewater Treatment Plant was just the place to find an inoculum, consisting of a microbial community that was up for the job of fermenting complex mixtures of organic matter.

“Based on our research, we expected this community to produce medium chain fatty acids in some capacity,” says Ingle, “it was just a matter of giving them the right sugars to consume.”

Over a six-day period, Ingle slowly added pretreated manure to a glass container containing the inoculum. Ingle sampled the contents of his new-fashioned biodigester throughout the experiment to find out what was living and thriving.

“At the end of the process, we had a self-assembled microbiome,” says Ingle. “Some bugs stuck around, some were outcompeted, and some were flushed out. From there we had a hint of who was doing what and who might be producing these chemicals for us.

The team’s next steps include exploiting the metabolic pathways in these bacteria to produce medium chain fatty acids in even greater amounts. And greater production of this valuable commodity could mean more money in dairy farmers’ pockets.

Ingle and another subset of researchers are already looking at other ways to apply similar technologies. Right now, farmers can turn raw dairy manure into biogas using a process called anaerobic digestion – basically putting the cow output into a big sealed-off container that microbes transform into fuel. This fuel can then be used in vehicles and machines right on the farm. Operations in Wisconsin have experimented with the idea of selling the excess fuel to others – most recently at the Dane County Landfill – but the venture is still in its infancy.  Ingle thinks the new discovery could help improve the process down the road.

“So we’re saying, ‘ok, let’s look at the residual fibers from anaerobic digestion and see if we can apply some of the same concepts,’” he says. “The motivation is to keep going in this direction to create another revenue stream for farmers, allowing them to centralize manure management and mitigate environmental problems in an economically viable way.” 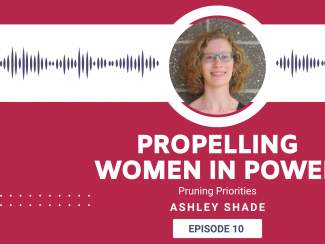 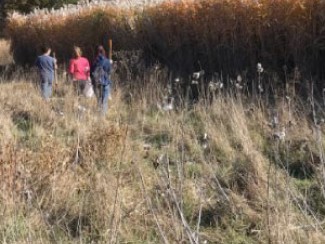 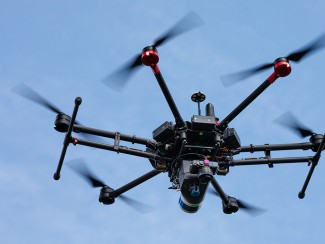 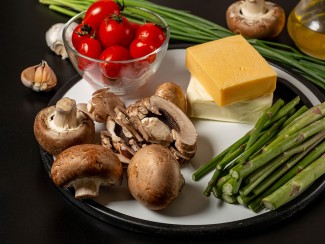