If you’ve ever spread manure over your field or garden, you’ve probably already got a basic understanding of the role of carbon in enhancing yield and promoting soil quality. A vital soil component, soil carbon provides plant nutrients and determines many of the soil’s physical, chemical, and biological properties.

Perhaps less obvious, however, is the role that soil carbon plays in maintaining the global carbon balance.

While soil carbon comprises only a small fraction (i.e., six percent) of total soil mass, it has a big impact on the earth’s carbon cycle. The organic matter currently in the world’s soil contains 1,500 peta grams (or 1,000,000,000,000,000 grams) of carbon. This means that current soil carbon levels exceed the amount of carbon found in all of the earth’s living vegetation by three to four times.

Anex’s research focuses on changes in soil carbon that result from the management of corn and soybean cropping systems in the north central region of the U.S., changes that also have the potential to affect levels of carbon dioxide in the atmosphere.

“To maintain soil quality and fertility as well as to be cognizant of carbon emissions, we have to understand how current management practices influence soil carbon,” he says.

Anex notes that soil carbon quality and fertility is usually the outcome of a region’s unique history. In the north central region of the U.S., for example, prairies, the region’s native ecosystem, formed the relatively permanent fraction of the soil’s organic matter over a period of thousands of years. Over time, gradual but increased complexity within the prairie ecosystem resulted in soil organic matter equilibrium with the native grasses. Current soil carbon levels are therefore the result of that prairie ecosystem’s initial climax along with natural disturbances such as fires and storms, as well as farming and other human impacts.

We know that, with inappropriate management, soil carbon can be quickly and easily lost. And we also know that restoring soil carbon with conservation management might take hundreds of years or even longer.

Anex’s challenge is to devise experiments that yield meaningful data about changes in soil carbon, which in turn make it possible to analyze and anticipate the long-term effects of land management practices. Anex’s recent work, for example, determines that a well-designed experiment can detect a reduction in soil carbon caused by conventional tillage management in silty clay loam soil, which has low carbon content, within a six-year period of study.

And although soil carbon levels appear to be sensitive to environmental conditions such as temperature, aeration, moisture, and pH levels, research shows that the two main factors influencing soil carbon levels in cropping systems are the amount of crop residue (or soil carbon input) left on the soil surface, and soil disturbances that disrupt soil aggregates and lead to aeration and decomposition of soil organic matter.

“We know that, with inappropriate management, soil carbon can be quickly and easily lost. And we also know that restoring soil carbon with conservation management might take hundreds of years or even longer,” Anex adds.

Altering land management practices to increase or conserve soil carbon could therefore have a significant impact not only on soil quality but also on the levels of carbon dioxide in the atmosphere.

Management practices such as tillage, which serve to aerate the soil and break up residues, make the soil more accessible to decomposition and thus tend to reduce soil carbon levels and increase carbon dioxide emissions. In addition, the process of removing crop residue at harvest also reduces the amount of carbon returned to the soil, leaving soil more vulnerable to wind and water erosion.

On the other hand, a number of management practices actually increase levels of soil carbon and sequester carbon dioxide from the atmosphere. These practices include no-till, mulch tillage, minimum tillage, and conservational tillage. Adding carbon to the soil by spreading manure, increasing crop production with sensible use of nitrogen fertilizers, growing cover crops during the winter, incorporating legumes into crop rotation, and removing only the grain at harvest, also contribute to robust soil carbon levels. And of course, keeping soil vegetated rather than bare, also significantly increases soil carbon.

“The good news is that we are increasing our understanding of how different management practices affect the soil carbon of any single acre, as well as how they affect the whole balance required for a healthy global carbon cycle,” Anex says. “In this case as in so many others, what happens at the local level has a huge effect on what happens globally.” 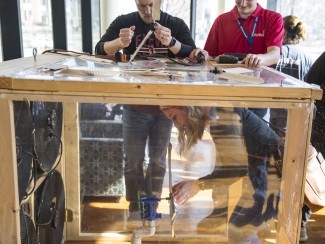 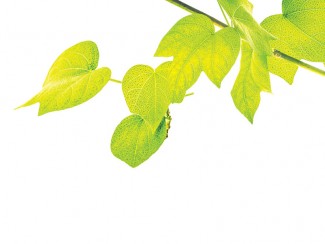 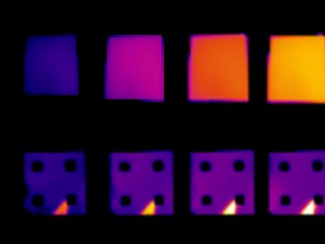